Brighter (Than The Sun) 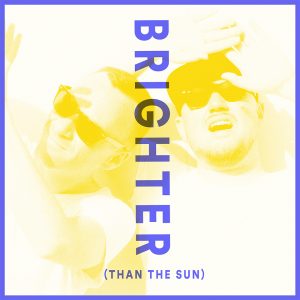 Ain’t nothing brighter than the sun, ain’t nothing hotter than this: Ogris Debris are back in full force, with a shiny new single set for release on 21st of June – what better time to release a summer anthem than the longest day of the year? Brighter has summer written all over it, energy levels are high and temperatures are rising, the funk is upon us and so is the O.D. magic. A blazing hot beast of a tune, Brighter kicks straight into life with some real sassy lead guitar funking its way through the track and catchy vocals shining bright on top, radiating an air of supreme heat. This one’s an ode to the sun, a hymn of heliocentrism – put your shades on, don’t forget about the sunscreen too, summer is here and this is what it sounds like.

The single also marks the first release on the band’s very own label Odeon Tweaks, an additional outlet for their music. A theater for tweaks, a modern kind of Odeon to stage everything from funked up dancefloor fillers and synth-driven gnarly stompers to atmospheric rollers, bouncy beat excursions and intoxicating vocal tracks. An imaginative building, an open house for ideas and influences from jazz to rock, from funk to broken beats, from electro to techno. An ode on tweaks, the O, the D, it’s on!